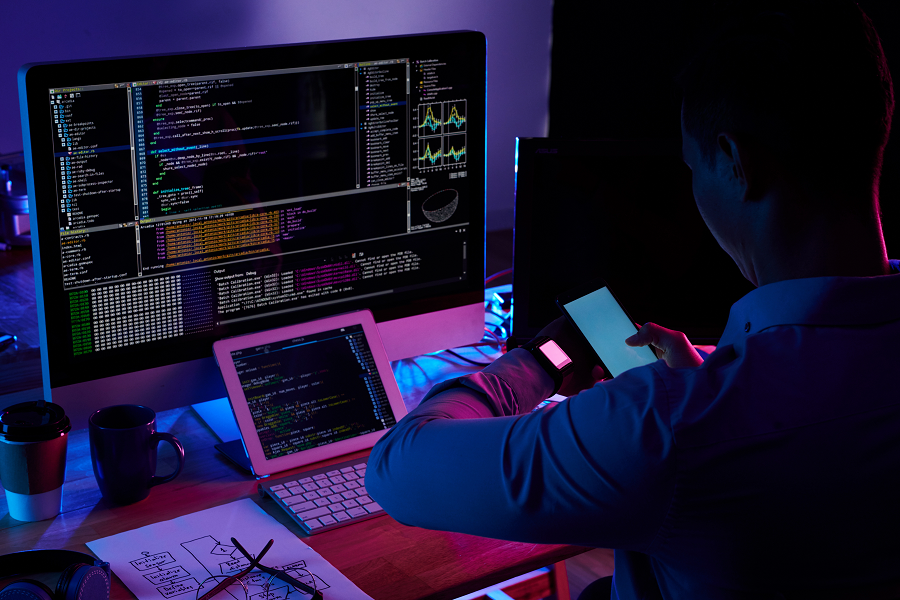 The World beyond Android Applications!

Daily, more than a thousand applications are being developed and launched on the Play Store. Customers are never fed up with scrolling for a new app every day. If you are really curious to know about the exact fact and figure, then according to the survey conducted in 2019, more than 75 million applications were downloaded per day.

The point is the mobile market is getting bigger every year. And the rapid growth of this particular industry is transforming it into a competitive market. Every day a brilliant app developer, sitting somewhere, is developing fresh ideas into a useful application.

In this crowdie market of apps, you need to be really particular in approaching a new android app. To create an interactive app, you need to walk down a systematic path and follow the right 7 steps.

In this blog, our app development team has taken out some precious time to share the basic 7 steps that can help to develop your android application successfully.

Step#1-  It all starts with an idea

Your application is just a step away. All you need to do is bring your idea to an android application developer.

There might be many ideas that had already been developed into live applications. But there must be something that has not been addressed yet. This is where the brain starts thinking, and a new idea is born; the idea of providing customers with the best solution, to any particular problem, or case.

Without refining the idea, it would be difficult to lead the solid base of the app. After clicking the idea, don’t forget to ask these two questions yourself:

If you have the answer to these questions, get connected with an android developer team, and deliver the complete idea to them.

The process of identifying the user traits will direct towards the necessary groundwork. After this, further research and brainstorming will be needed to step into the next phase. The research should specifically include which useful functions a user looks for.

Step#2-  The stage of wireframing

After having an idea and developing it, it’s time to sketch the wireframes for the app. Wireframing is a basic skeleton of the app that has to be sketched. It enables the elements of an app to perform with a unique combination. Being the backbone of the application, it serves as the skeletal framework of an app. There is not just one thing that this wireframing does.

Following is the rundown of the functions of wireframes:

For an app, the relation of multiple pages is really important. Ultimately, it will allow the user to use various functions seamlessly.

Although you might have already imagined how the app will look and work, wireframing is still the crucial stage. This phase requires a well-defined plan in a detailed manner.

Here in 360 app services, our android developer team has excellence to use wireframing tools like Wireframe. cc, Mockplus, and Balsamiq.

This is the phase when our app designer team comes into play. The goal is simple, to provide the best interface for the user’s experience. The UI design helps in the graphical layout of the applications.

It is not wrong to say that after the UI design, your idea is present in front of your eyes. This time, the stage of an idea is being transformed into real functions that a customer is going to use. It includes the buttons, texts, images, videos, and in short, all the input and output options.

UI designs are considered incomplete without intact research. It plays an important role in crafting lag-free designs. In most cases, it is helpful to analyze the competitor apps and to examine what a user is not getting on other apps. This will help the designer choose the most appropriate visual languages by predicting the user’s expectations and preferences.

Our UI designers are more than graphic designers. They strive to give an aesthetic appearance to your application and ensure that the app looks attractive and stimulates the sight of the users.

Step#4- The stage of development

This time our app development service undergoes the development stage. The crucial phase is dedicated to checking the functionality of the app. For this, a prototype is developed to understand the scope of the working boundaries of the app. An app prototype is ready to interact version, which makes development easy to determine.

The development stage itself diverges into many other steps from developing the functional system to flight testing of the prototype version. There must be a quick check to examine the balance of functionality and design of the app.

This is where our app developers are using the Agile Methodology. “It is the continuous method of developing and testing the app throughout the development cycle.” It certainly helps in identifying and encountering errors during the process. This method empowers the app to make subsequent changes and bring out the best shape of our end product.

Here, our developer team feels responsible for diving into the coding process carefully. This stage of development defines the smooth operations within the app and makes it ready to enter the next phase.

How can we think of launching the app on Google’s play store without the final inspection?

Our vision is to pass out only those apps, which are ready to be in use by our users. For this, only the most productive version with seamless functionality will be considered to be launched on the store.

It would be much preferred if testing is done by those who were not the initial developers of the app. Inspection by a neutral party will help more in identifying the pitfalls in the app.

Like the process of development, this testing process contains various test gateway through which an app has to be passed.

Following are the quick phases of the final test.

The quality assurance team is responsible for testing the application and ensuring smooth functions as per the expectations of developers. It creates input data on the basis of specification. The functional test helps in comparing the output result with the expected one.

Keeping the core values of the app in mind, the usability test announces the app as ‘user-friendly.’ A group of examining users is directed to perform certain tasks under the supervision of the testing team. This micro-phase ensures that the app is ready to be used.

This test keeps its own value. The performance test ensures that the app is ready to bear a load of multiple users at the same time. However, it is important to inspect the accuracy of the app.

Device-specific testing ensures the compatibility of the app with different devices.

The user acceptance test is a green signal for developers to get ready for the launching phase. This test is purely based on the reviews of the group of users that examine the app in the beta phase and announce it ready-to-use.

After all the testing and reviews, the app is ready to be submitted to the respective store. But this step is not as simple as it seems to type. It includes two different steps.

With the expectation of being widely used, the scalable environment ensures the transformation of data from one end to another. A well-configured web server will be scalable to meet the number of users.

The whole idea of developing an app starts after the development phase is complete. After the launch of the app, it is available to the users for a real-time experience. The commensuration of usage by customers likely opens up the gateway to new ideas through review sections. Each review comment provokes a new thought in the mind of developers, suggesting him possible alterations in the features of the app.

By opening the doors of further improvement, an app is further shaped according to the user’s interest, making it more popular in the Play Store.

Although it’s easy to sit and read these stages of app development, only an app developer knows how much hard work it takes to build a successful app in a matter of months. From grasping the client’s idea to turning it into reality, the process is quite tedious. App developers continue to amaze the world by turning great ideas into applications.

Have you decided on the idea of your new app?

Even if you’re unclear about your application’s idea, 360 App Services Inc. can help you out. We are ready to collaborate with you to bring your dream application to life. Here, our team of expert developers is ready to develop a top-of-the-line app for you. We have a promising vision to entertain the world with the best applications.

Why Does Your Business Need a Mobile App? 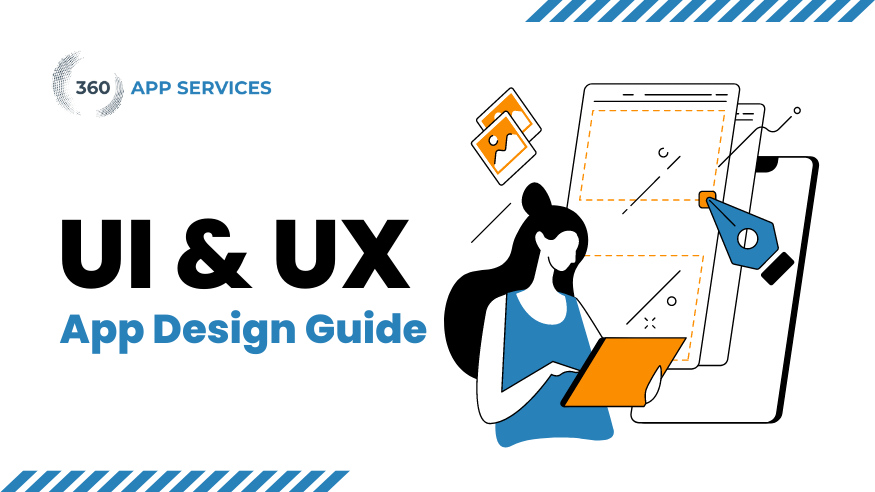 UI/UX is a critical element in mobile app development as it offers a visual structure to the app. Find out more about the design elements by reading this blog.

Why Does Your Business Need a Mobile App?

In the digital age, mobile apps have become necessary. Select a suitable mobile app development agency to ensure your business enjoys the benefits of a professional mobile app. 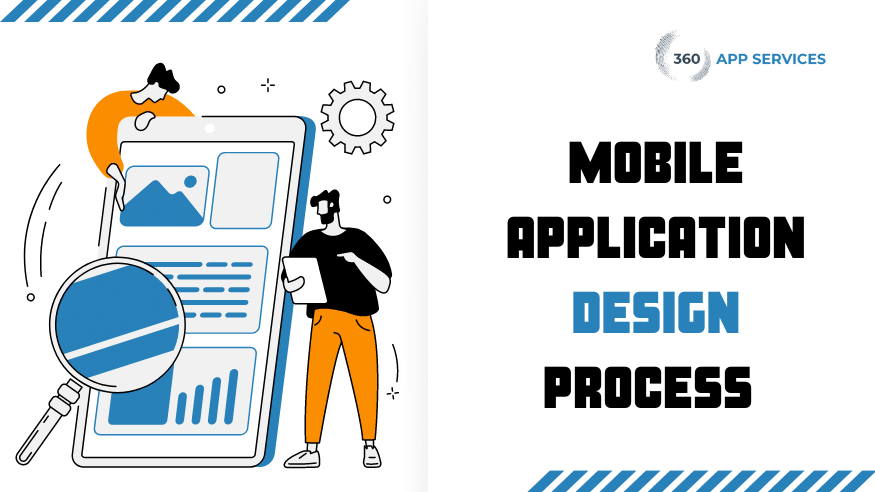 What makes a eye catching Website UI UX Design? This post will cover some of the basics of what it takes to succeed in the digital world.

We are ready to collaborate with you to bring your dream application to life. Here, our team of expert developers is ready to develop a top-of-the-line app for you.